Cheap parcel delivery from Czechia and Slovakia to Armenia

Are you looking for the cheapest way to deliver the parcel from the Czech Republic an Slovakia to Armenia? Express delivery within 24 hours. 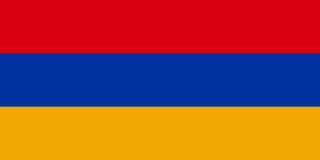 Express shipment to/from Armenia with savings up to 70 %.

Do you need to send an important document or shipment to Armenia? Use our professional transport services.

Send a parcel to Armenia »

How much do letters and packages cost to Armenia?

Price of postage to country Armenia from 41.88 €

How long does it take to ship to Armenia?

Delivery time may vary depending on the recipient's postal (zip) code. Delivery time is calculated from its forwarding, which in most cases takes place on the same day after it was picked up from sender's address.

How to send a parcel to Armenia from the Czech Republic or Slovakia?

We deliver parcels from the Czech Republic and from Slovakia to Armenia are being transported by UPS or TNT. The carrier makes two attempts to deliver the package to the recipient’s address. In the case of unsuccessful delivery of the consignment, you can pick the package up in a carrier's local branch.

Shipping to any place in Armenia is not a problem for us! We will arrange your shipment to favorite destinations as Yerevan, Gyumri, Vagharshapat, Hrazdan, Abovyan, Kapan, Armavir, Gavar, or any other city.

How to send a parcel from Armenia?

Armenia is a country located in Transcaucasia. It has borders with Turkey, Georgia, Azerbaijan, and Iran. The capital of Armenia is Yerevan. Armenia gained its independence in 1991, and its population is just over 3 million people. Before joining the Roman Empire, Armenia was a part of the Persian Empire. From 1500, the territory of modern Armenia belonged to the Ottoman Empire, and at the beginning of the 19th century, eastern Armenia, along with east Georgia, became part of the Russian Empire.

In 301, the Kingdom of Armenia was the first state to adopt Christianity as its state religion. The highest mountain in Armenia is the extinct volcano Aragac with 4090 m above sea level. With the lowest point (380 m) lying in the river valley, these places are just 80 km apart.