Cheap parcel delivery from Czechia and Slovakia to Israel

Are you looking for the cheapest way to deliver the parcel from the Czech Republic and Slovakia to Israel? Express delivery within 24 hours. 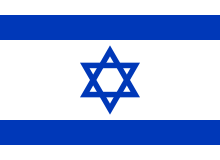 Express shipment to/from Israel with savings up to 70 %.

Send a package to Israel »

How much do letters and packages cost to Israel?

Price of postage to country Israel from 58.12 €

Do you want to know a price of the shipment beforehand? Calculate it fast and easily! Calculate the price

How long does it take to ship to Israel?

How to send a parcel to Israel from the Czech Republic or Slovakia?

All parcels from the Czech Republic and from Slovakia to Israel are being transported by UPS or TNT. The carrier makes two attempts to deliver the package to the recipient’s address. In the case of unsuccessful delivery of the consignment, you can pick the package up in a carrier's local branch.

Shipping to any place in Israel is not a problem for us! We will arrange the delivery of your shipment to favorite destinations as Jerusalem, Tel Aviv, Haifa, Rishon, Le Ziyyon, Ashdod, Netanya, Holon, Jaffa, or any other city.

How to send a parcel from Israel?

Israel is located in the Middle East on the border between the African and Asian continents, has a population of about 8 million, was founded in 1948, and is the only country in the world where two people profess the Jewish faith.
The country borders Lebanon, Syria, Jordan, and Egypt. The West Bank and the Gaza Strip in the Israeli territory are referred to as the State of Palestine, which some countries recognize as an autonomous republic, but not the Czech Republic. The capital of Israel is Jerusalem; the city has about 800,000 inhabitants. The historic city of Jerusalem has Jewish, Christian, and Muslim neighborhoods. On the border between Israel, the West Bank, and Jordan lies the Dead Sea, the closest place on Earth.