Cheap parcel delivery from Czechia and Slovakia to South Korea

Are you looking for the cheapest way to deliver the parcel from the Czech Republic and Slovakia to South Korea? Express delivery within 24 hours. 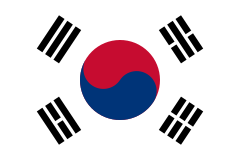 Express shipment to/from South Korea with savings up to 70 %.

Send a package to South Korea »

How much do letters and packages cost to the Korean republic?

Price of postage to country the Korean republic from 48.81 €

Do you want to know the price of carriage in advance? Calculate it easily and quickly! Calculate price of the shipment

How long does it take to ship to South Korea?

How to send a parcel to South Korea from the Czech Republic or Slovakia?

All parcels from the Czech Republic and from Slovakia to South Korea are being transported by UPS or TNT. The carrier makes two attempts to deliver the package to the recipient’s address. In the case of unsuccessful delivery of the consignment, you can pick the package up in a carrier's local branch.

Shipping to any place in South Korea is not a problem for us! We will arrange the delivery of your shipment to favorite destinations as Soul, Pusan, Tegu, Daejeon, Gwangju, Suwon, Suigen, Songnam, Chonju, or any other city.

How to send a parcel from South Korea?

South Korea is an Eastern Asian state, officially called the Republic of Korea. South Korea occupies the southern part of the Korean Peninsula. It borders North Korea. The capital of South Korea is Seoul, which is situated in the northwestern part of the country. The population of the country is nearly 50 million people, Korean is the official language. The conflict between South Korea and the Democratic People's Republic of Korea has been going on since the Second World War.